A HANDBOOK TO LIVE YOUR BEST LIFE 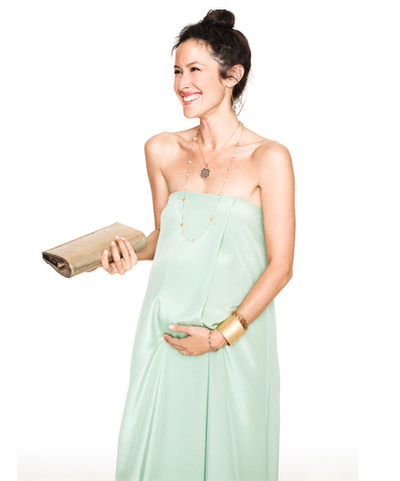 A few days ago I was so personally touched by Maegan’s blog post called 36 and Still Childless. It’s heartbreaking and something so many women suffer in silence as they deal with month after month. I’m immensely grateful she has the courage to share her story because her blog reaches so, so many women (seriously, it’s amazing) and undoubtedly offers a level of comfort to women that they’re not alone in this struggle. I’ve shared on the blog that due to health issues since having my little girl, I cannot have another baby.  It’s something I’m fine with one moment and then the next….

I had my OB/GYN annual appointment today. I didn’t think twice about and walked in ready for my five-minute appointment, a pap smear, and then bing-bang, done for a year.  What I didn’t consider was the mass amounts of pregnant women in one location. I slowly lost it. As my name was called and I was drawn away from the waiting room, practically smack into what must have been a 9-month pregnant mama, my eyes started swelling and I couldn’t control the influx of tears. Dreadful.

The nurse felt awkward and I finally made my way into the room. When my doctor saw me, someone I am eternally grateful for as he was the one who had me come to his office immediately after telling me I couldn’t urinate after 11 hours and my bladder felt like it was going to explode (my general doctor at the time wasn’t returning my urgent calls), I lost it again.  Sadness overwhelmed me at the reminder that I can’t carry another baby.

My doctor told me that I’m not alone. He sees women devastated after they have a mis-carriage, only to have to walk into his office filled with pregnant women. Talk about rubbing it in your face. Maybe they can have a separate office for those with challenges? Seriously, my heart couldn’t handle today.

Don’t get me wrong: I am not a jealous person who is not happy because someone’s pregnant and I’m not. My heart warms when I see a friend’s growing belly. Yes, naturally it stings a little but overwhelmingly I’m happy for them. It’s a challenge that I, and other women, have to put on a brave, smiley face and deal with.

I don’t intend Vent Sesh topics to be sad or negative, or a call for condolences, and in a way, I don’t see this one that way. I see it as a reminder that one, if you’re dealing with this in silence, disappointed each month when that pregnancy stick isn’t positive, you’re not alone. If you have fertility issues, it’s not just you. I’m not saying it doesn’t suck any less, and doesn’t make it okay, but at least there’s someone else who can relate to you. It can be a terribly lonesome feeling.

And, if you have an unexpected moment — be it running into an ex you haven’t seen in five years, a sudden death, an illness, a crazy work situation — I get it. It’s hard to know how your heart, and brain, is going to react until the moment happens.